The history of a movement 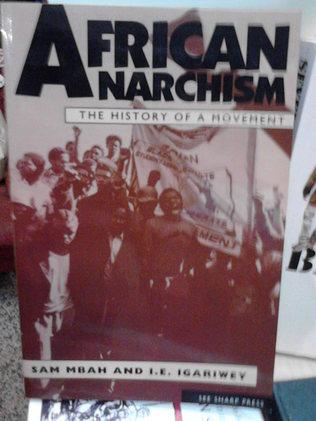 Few people would associate anarchism with Africa. However, it is certainly beginning to take root in there. This book is written by two members of the Awareness League, a 1000-strong anarcho-syndicalist organisation in Nigeria. Starting with a good introduction to anarchism, the authors outline its relationship with Africa in an attempt to "enrich anarchism and anarchist principles with an African perspective and to carve a place for Africa within the framework of the worldwide anarchist movement". Although anarchism as a conscious social movement is relatively new in Africa, pre-colonial African societies contained many "anarchic elements".

This book presents a very interesting study of anarchist tendencies in traditional African societies. While certainly not anarchist, these societies, based on communalism, were self-governing and independent where "every individual without exception takes part, either directly or indirectly in the running of community affairs at all levels." Mbah and Igariwey go on to illustrate their point by giving three case studies of stateless societies in pre-colonial Africa: the Igbo, the Niger Delta people and the Tallensi. Some common characteristics in the structure of such societies were the lack of centralisation, the communal mode of production, and the general absence of social stratification.