BENEATH THE PAVING STONES

Situationists and the beach, May 1968 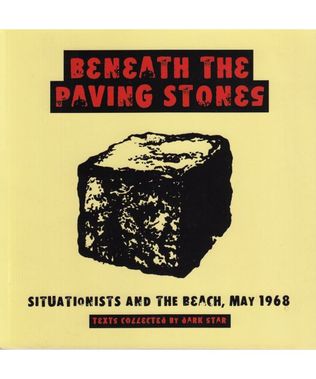 An anthology of the three classic Situationist pamphlets—"The Poverty of Student Life," "Totality for Kids," and "The Decline and Fall of the Spectacular Commodity Economy," plus an eyewitness account of the Paris May '68 events.

Beneath The Paving Stones: Situationists And The Beach, in addition, includes numerous documents, photographs, poster art, and graffiti originating from Paris in 1968.