A brief history of the car bomb 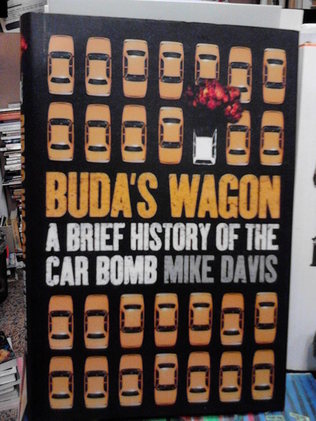 Celebrated urban historian returns with a compelling account of the "poor man's airforce," from Vietnam to Beirut - Davis' most accessible book yet. On a September day in 1920, an angry Italian anarchist named Mario Buda exploded a horse-drawn wagon filled with dynamite and iron scrap near New York's Wall Street killing 40 people. Since Buda's prototype, the car bomb has evolved into a "poor man's air force," a generic weapon of mass destruction that now craters cities from Bombay to Oklahoma City. In this brilliant and disturbing history, Mike Davis traces its worldwide development, in the process exposing the role of state intelligence agencies - particularly those of the United States, Israel, India, and Pakistan - in globalizing urban terrorist techniques. Davis argues that it is the incessant impact of car bombs, rather than the more apocalyptic threats of nuclear or bio-terrorism, that is producing the most significant mutations in city form and urban lifestyle, as privileged centres of power increasingly surround themselves with "rings of steel" against a weapon that nevertheless remains technologically and politically intractable.