CRACKS IN A GREY SKY

An Anthology of Do Or Die: Voices from the Ecological Resistance 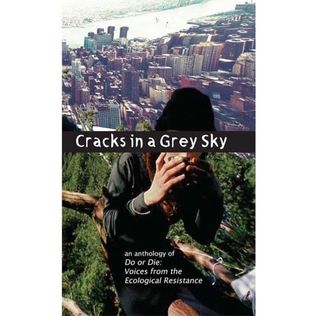 Do or Die was ten issues of a very influential paper out of the UK. Subtitled Voices from the Ecological Resistance, it brought together a wide variety of voices and perspectives from around the world, but was especially meaningful for those who were fighting the monolith in urban spaces, sometimes in their own backyards, vs in the US, where much of the inspiration and activity came from places that could still be called wild.

This packed book is a collection of some of the best of the paper, including the one piece that people still know about, the especially-substantive "Down with the Empire, Up with the Spring!"... This is an homage to the paper, as well as a reminder of some of the creative and fiesty actions and connections still possible in our increasingly concretized world.