EYES TO THE SOUTH 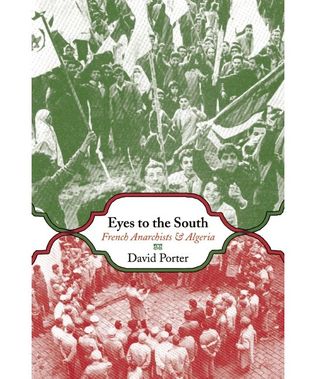 Eyes to the South explores important issues from the last six tumultuous decades of Algerian history, including French colonial rule, nationalist revolution, experiments in workers' self-management, the rise of radical Islamist politics, an insurgent revival of traditional decentralist resistance and political structures, conflicts over cultural identity, women's emancipation, and major "blowback" on the ex-colonial power itself. David Porter's nuanced examination of these issues helps to clarify Algeria's current political, economic, and social conditions, and resonates with continuing conflicts and change in Africa and the Middle East more generally. At the same time, Eyes to the South describes and analyzes the observers themselves—the various components of the French anarchist movement?and helps to clarify and enrich the discussion of issues such as national liberation, violence, revolution, the role of religion, liberal democracy, worker self-management, and collaboration with statists in the broader anarchist and anti-authoritarian movements.

David Porter, a professor emeritus at SUNY/Empire State College, taught politics and history, including courses on modern Algeria. David is the editor of Vision on Fire: Emma Goldman on the Spanish Revolution and an analyst of the recent "leaderless revolutions" of the Middle East and North Africa.