FROM HILL TO SEA

Dispatches from the Fife Psychogeographical Collective, 2010 – 2014 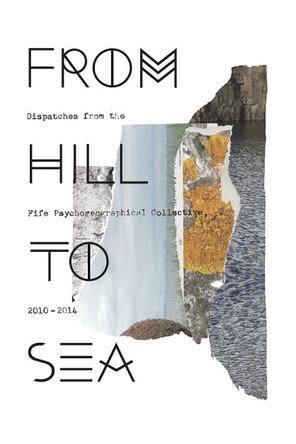 Trenutno nije dostupno
It often happens. A sensation at the edge of perception. A glint of light, a fluttering of movement. The feeling that some-thing has flitted across the threshold of the senses.
Fife: almost an island. Betwixt and between the cities of Edinburgh and Dundee; an ancient Pictish Kingdom, bounded by the Firths of Forth and Tay.
Where a Brutalist New Town is built on a 4,000 year old henge and 18 feet menhirs brood on a ladies golf course, under the shadow of Largo Law.
Spectral trees drift above the plague graves of Devilla Forest, whilst sky-facing cup and ring carvings lie hidden on a hillside near Burntisland, a distant echo of their post-industrial landscape counterparts:
Ideas crackle, tussle and fizz throughout the ether over this land-formed Scottie dogs head. Kirkcaldy's famous son Adam Smith tossed a large brick into the pool of economic theory with The Wealth Of Nations (and let us not forget The Theory of Moral Sentiments) written on a site now housing Greggs the Bakers. The self-interest of the baker to supply us with sausage rolls and steak bakes is alive and well.
You can take a walk with the ghosts through Little Moscow where Lawrence Storione founded the Anarchist Communist League in Cowdenbeath and West Fife elected Willie Gallacher as the first Communist MP in 1935. In Lumphinnans you will find Gagarin Way, a street tagged in honour of the Soviet cosmonaut.
In Methil and East Wemyss walk the streets and landscapes which inspired the painter William Gear, a member of CoBrA, the post-war, European, avant-garde movement that fed into the Situationist International. In Rosyth,'The Wilderness' most definitely does exist.