Voices in defense of earth 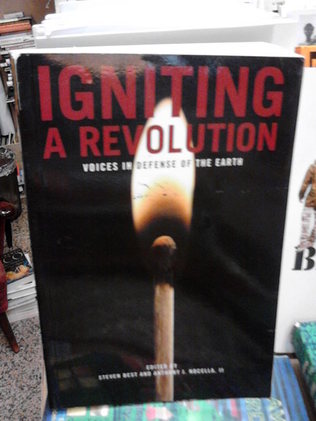 Global warming, acid rain, deforestation, air and water pollution are but a few of the overwhelming indicators that the earth's health is worsening. For decades, environmental groups have been resisting the destructive trends set by industry and government, but as the social and political climate has changed, popular protest movements have become less and less effective. As the earth's situation worsens, those opposing its destruction have out of necessity become increasingly militant. Corporate and federal properties have been vandalized, set ablaze-even bombed-and the government is meeting this new brand of environmental militance with an increasingly heavy hand.

Whether you're drawn by frustration with environmental strategies that, to date, have been ineffective against this growing ecological crisis, or simply by curiosity (Who are these people? Why are they doing this? What do they hope to gain?), Igniting a Revolution offers a fascinating and compelling look at the emerging movement of revolutionary environmentalism.