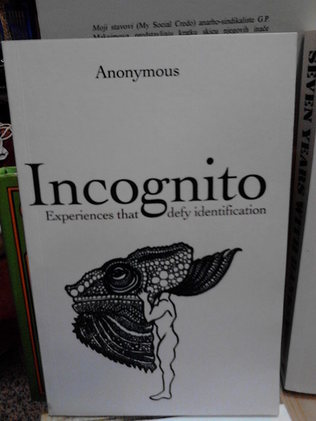 Incognito, Experiences that defy identification. This book is about living in hiding. It is a stab in the dark, a leap into the secrecy of the incognito, a parallel dimension in which even what could be said often is not. Out of excess of tact, fear or because one thinks it is not relevant. Or in certain milieux and in the worst cases, due to mere political tactics. But, even at a glance, the world of clandestine people is not a desert land; on the contrary it is populated by living beings, experiences and ideas that are very close to ours, in both the most miserable and the most fascinating aspects pf our lives, close to our most ardent desires and passionate daydreams. Published by Elephant Editions