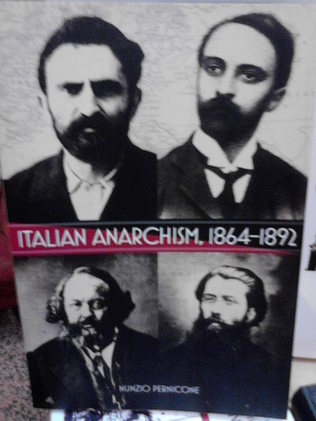 From the First International to the 1872 Anti-Authoritarian International, from government suppression and anarchist insurrection to Errico Malatesta's prominent role in resurrecting the anarchist movement, Nunzio Pernicone's Italian Anarchism provides a critical examination of early anarchist practices across three decades of Italian history.

Nurtured by Michael Bakunin, and expanded and refined by Errico Malatesta, Carlo Cafiero, Andrea Costa, and Francesco Saverio Merlino, among others, anarchist ideas and modes of action played a central role in the development of Italian socialism, at times reigning triumphant over Marxism and all other revolutionary doctrines.

On the basis of his own extensive research, Pernicone explores questions of strategy and tactics, anarchism's uneasy relationship with the Left, government repression, internal dissension, and the role of leadership in revolutionary movements—drawing out lessons that are sure to be of interest to contemporary readers. In fact, Pernicone's book may well tell us as much about our own age as it does those three decades long since past.

"Nunzio Pernicone's book is the most comprehensive and balanced study to date of the Italian anarchist movement. —American Historical Review

"[This book] fills a conspicuous gap in the historiography of both anarchism and nineteenth-century Italy... Pernicone writes with an eye for the apt quotation and telling detail, and has organized a complex subject into a coherent and effective narrative." —Paul Avrich, author of The Modern School Movement: Anarchism and Education in the United States andSacco and Vanzetti: The Anarchist Background

Nunzio Pernicone is professor of History at Drexel University. He is the author of Carlo Tresca: Portrait of a Rebel, editor ofThe Autobiography of Carlo Tresca, and has published numerous articles on Italian and Italian-American radicalism.