Reflections on why it's kicking off everywhere 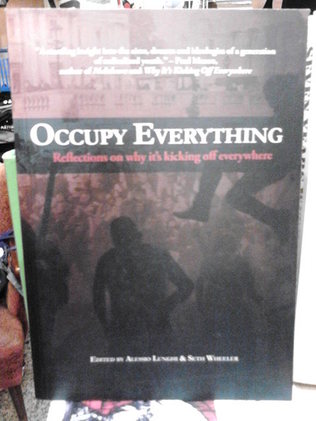 Penned after the 2010 European student unrest and before what is now commonly referred to as the “Arab spring” began to escalate, BBC Newsnight economist Paul Mason’s “20 Reasons Why It’s Kicking Off Everywhere” sought to establish an understanding of the motivations behind these globally disparate, yet somehow connected struggles.

What roles do the “graduate with no future,” the “digital native” or the “remainder of capital” play in the current wave of unrest? What are the ideas, ideologies, motivations or demands driving these movements? How is struggle organized and coordinated in the age of memetic politics and viral ad campaigns?

This collection of essays seeks to further explore Paul Mason’s original 20 Reasons in an attempt to better understand our turbulent present.

“A startling insight into the aims, dreams and ideologies of a generation of radicalized youth.” –Paul Mason, author of Meltdown and Why It’s Kicking Off Everywhere

“…an encomium to still, as yet, unfocused possibilities. Each fragment is provocative and possessed of the same energies as the movements it seeks to describe.” – Aaron Peters, Open Democracy

“…this book has the inside track on how we can keep ‘kicking off’  for an end to capitalism and for the establishment of a global commons. Read, discuss and take action.”– Ewa Jasiewicz, Trade Union Organizer / Journalist