THE FACE OF STRUGGLE: An Allegory Without Words 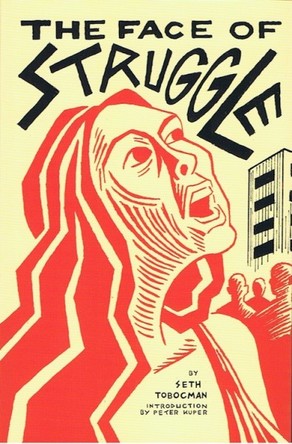 Using the time-honored technique of the wordless graphic novel as developed by Frans Masereel and Lynd Ward, this book is an allegorical take on our current age strongman politics, a worldwide nightmare in which thugs like Trump herald the possible rise of a new, modern form of fascism.

In a series of thirty-seven striking two-color images, Tobocman traces the dynamics of political discontent and struggle, including how right-wing politicians like Donald Trump co-opt and redirect mass frustration and anger in ways that strengthen the very forces that cause discontent in the first place.

Seth Tobocman is a comic-book artist whose work has appeared in New York Times, Village Voice, Heavy Metal, and many other magazines. He is author You Don't Have to Fuck People Over to Survive, War in the Neighborhood, Disaster and Resistance, among several other books.

Peter Kuper is a comic-book artist whose work has appeared in New York Times, The Economist, The New Yorker, and many other magazines. He is author of The System, Drawn to New York, and illustrated an edition of Kafka'sThe Metamorphosis.