THE LAST OF THE HIPPIES 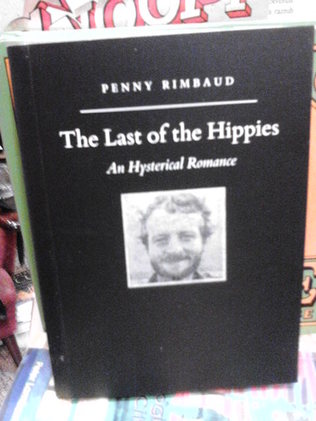 First published in 1982 as part of the Crass record album Christ: The Album, Penny Rimbaud’s The Last of the Hippies (and reissued by Active in 2009) is a fiery anarchist polemic centered on the story of his friend, Phil Russell (aka Wally Hope), who was murdered by the State while incarcerated in a men- tal institution.

Wally Hope was a visionary and a freethinker, whose life had a pro- found influence on many in the culture of the UK underground and be- yond. He was an important figure in what may loosely be described as the organization of the Windsor Free Festival from 1972 to 1974, as well providing the impetus for the embryonic Stonehenge Free Festival. Wally was arrested and incarcerated in a mental institution after hav- ing been found in possession of a small amount of LSD. He was later released, and subsequently died. The official verdict was that Russell committed suicide, although Rimbaud uncovered strong evidence that he was murdered. Rimbaud’s anger over unanswered questions sur- rounding his friend’s death inspired him in 1977 to form the anarchist punk band Crass. In the space of seven short years, from 1977 to their breakup in 1984, Crass almost single-handedly breathed life back into the then moribund peace and anarchist movements. The Last of the Hippies fast became the seminal text of what was then known as anarcho-punk and which later contributed to the anti-globalization movement. This revised edition comes complete with a new introduction in which Rimbaud questions some of the premises that he laid down in the original.