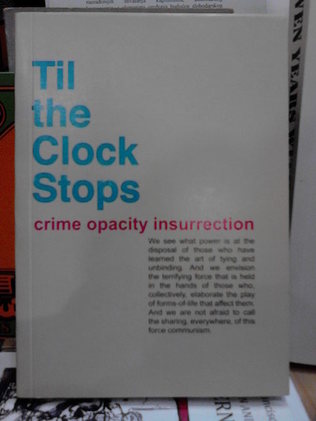 This is the second of our pocketbook series (Species Being is the first) that highlights new (and some old) translations from the French. This is also the second version of this book.

The texts you are about to read have been collected here in order to tell a story for those of us living in this moment. It is not a story of a new politics nor of a single authorial group, but rather of a position, a position that has spread beyond its origins, and which is being elaborated here and there, there where we dream it most violently, here where we feel ourselves so deperately alone. It is our intention that, read together, they will coalesce for you with ease and clarity.

What citizens are abandoned to in the guise of "existence" is no longer anything but a life or death effort to make themselves compatible with Empire. But for the others, for us, each gesture, each desire, each affect encounters in some way the necessity of annihilating Empre and its citizens.

On this criminal path, we take our time. What we are talking about here is nothing less than the constitution of war machines.