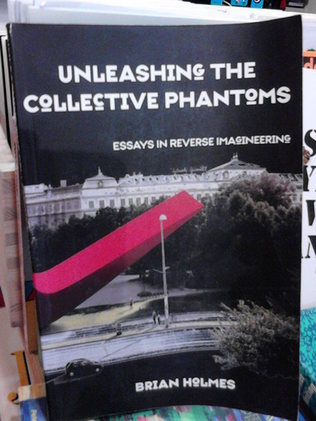 These insurgent essays develop and critique some of the cultural and artistic projects that first arose with the worlwide wave of protests, around the turn of the millennium, against what the global South has long called neoliberalism. Dissent and the refusal of a programmed existence return continually to the street, but they also unfold in the intimacy of the imagination. Complex discourses and elaborate fictions pass through images, works, ideas and wild scenarios that hover around the edges of reality; museums, cinemas, books and theatres are only temporary homes for such things, and authors only a convenience. Times leaches away the graffiti of revolt, and the cynicism of power lays a new coat of paint. Yet still the collective phantoms return. These essays engage with the politics of aesthetics and artistic practice. They include "Cartography of Excess," "Flexible Personality and Networked Resistance," "Psycho-geography and the Imperial Infrastructure," "The Revenge of the Concept," "Artistic Autonomy and Communicaton Society," "Reverse Imagineering," "Transparency and Exodus," "Three Proposals for a Real Democracy," and more, from an author who is becoming a vital contributor to contemporary cultural theory and global political struggles.