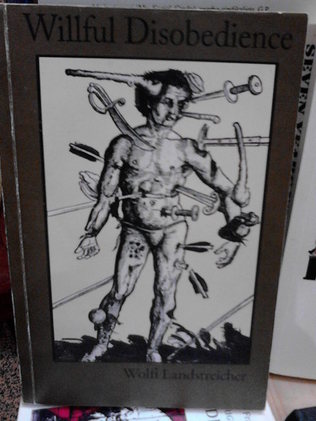 The collected writings of Wolfi Landstreicher's Willful Disobedience. Originally published as a zine from 1996 to 2006, Willful Disobedience was a continuously evolving provocation directed towards anarchists and fellow vagabonds to dig deeper into critical thought and joyous rebellion.

During the ten years of publication, Willful Disobedience wove together a web of ideas situation in the following threads: an anarchism based in Stirner-influenced egoism; an insurrectionary approach that sees individual insurrection to be as important as social insurrection; a non-primitivist critique of civilization that provides no program or model for a future society; explorations into a class analysis that rejects marxian categories, seeking to understand social relationships as they actually exist; insisting upon the need for anarchists to develop a coherent practice of theory capable of calling everything into question, including one's own ideas; and an anti-political perspective, critical of leftism, democracy, identity politics and political correctitude.